Note: I received a copy of Hoodie from the author through the group Making Connections on Goodreads

From the moment Ben Chapman ('Hoodie' to the other Shady Boys) crashes out of school, determined never to return, and, incidentally, seeking his revenge on the school's drug dealer by stealing and concealing his stash in his trousers on the way out, you know that this is a boy to whom caution and reticence are alien concepts. Outwardly, he maintains that all he wants is a job, his own money and to follow his heart towards the girl of his dreams, Isabelle. But, underneath that concealing hoodie, Ben has a rich inner life, fed by dope, wine and the belief that he is someone special. During his 'summer of love', we follow his attempts to engage with the real world with frustration and compassion. His adventures cause him to question today's competitive, consumer-based values, eventually challenging his perception of reality and prompting him to reflect upon who and what his purpose in life is before finding himself faced with the definitive test of resolve and bravery. Hoodie's blend of up-to-date realism, dream-like escapism, fast-paced, hard-hitting action, wistful musings, humour and tragedy, all while the story navigates its way on a magical mystery tour of Ben's mind, ensures an enjoyable read. It provides the perfect antidote to alarmist Daily Mail reporting of youth issues, exploring the problems facing modern day Britain from the perspective of a disempowered, disaffected teenager. On a deeper level, there is a moral/spiritual sub-text, fed by Ben's belief that he has a secret weapon; the simian lines(fused head ans heart lines) on the palms of his hands. These are extremely rare and noted as being a genetic abnormality shared by drug addicts, mass murderers, scientific researchers and religious fanatics(and, by sheer coincidence, Tony Blair). Could these lines hold the key to his future?

I honestly don't even know where to begin. There are so many aspects of Hoodie that I could talk about, but I really, really don't want to give a single detail away because it will ultimately subtract from the readers experience.


"Long, wispy brushstrokes of clouds hung motionless in a sky tinged with pink, sweeping gentle waves over the skyline created by the Hallfield Estate"

So, what can I say? Well, for one, Hoodie is a book that I found highly enjoyable. There are so many different things occurring that it's hard to point out just one tiny detail to focus on. We get to delve into Ben's inner psyche which is often philosophical, borderline looney, but completely insightful.  Ben aka Hoodie is a lost sixteen year old boy who quite honestly has no idea what he wants from life or what to expect. He believes that he is ready to grow up and become his own man, but in reality, he is so not ready. His maturity fluctuates, he is intouch with his emotions, and he's lonely(even when he surrounds himself with the Shady Boys). I loved Ben as a character, he is the type of character that will constantly surprise and is surprisingly deep. I felt that Ben was adequately portrayed as a sixteen year old, his language, mannerisms and his deemed "superiority".


I found Hoodie to be profoundly realistic with issues that everyone, one time or another, experiences in their lives. Some issues are hard to ignore and others are more subtle, requiring a deeper look. Brendon Lancaster doesn't down-play any of them, as most are in your face demanding attention. As Ben's mind whirls around, the readers will as well.

"Hash - the drug which can turn unconsciousness into consciousness. Whereas this lot were more interested in taking advantage of being served endless rounds of alcohol - the government-regulated drug of choice which turns the conscious into unconscious - through never-ending happy hours"

Brendon Lancaster's writing had an easy flow that captivated my mind and attention. I felt completely immersed in London culture as the scenery was described with crystal clear precision and riddled with slang that may throw some American readers through a loop, but it adds to the authenticity, to the overall feel of the book. The sub-plots all entwine evenly with the main, adding more juicy meat to be dissected. The perspective is third-person, but for a brief stint it slips into first-person. I found this to transfer without a hitch, not disrupting the flow, but adding an insight that both perspective's had to offer. I found that Brendon Lancaster's writing allowed me to become impartial yet still invested.

Hoodie will not appeal to everyone, but that shouldn't stop you from reading it. If my kids were in their teens I would pass Hoodie along to them, but since they aren't I will simply recommend it to readers of all ages and both genders. Hoodie might appeal more to males because of Ben's character, but females will find some aspect to relate to because the issues are not gender specific. I don't think that my simple words could ever do justice to this book, so I urge you to pick it up and read it yourself.

"A few shared swigs from a bottle after school every day acted as commas; four cupfuls or more on a Friday acted as a full stop, signifying the end of the week; a cupful or two to ponder a dilemma with one of the others acted as a good question mark; and getting shit-faced on at least a monthly basis was always remembered as an exclamation mark"

Hoodie is currently available at Amazon, Smashwords and Barnes & Noble 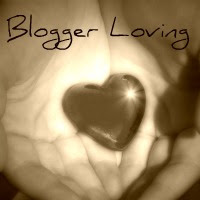